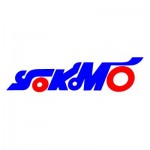 Yokomo Co. Ltd. is a Japanese company from Adachi, Tokyo that specialize in radio-controlled cars,

The company became involved in RC car production when the shop, Yokobori Model Shop, owned by Tomoaki “Tom” Yokobori built a ready to run version of Cox’s .49ci Dune Buggy, which was sold as a kit. The car became a success and helped to introduced radio controlled cars into Japan.

In 1970, the company would become involved with another US RC car manufacturer, when they imported the RC-1, produced by Associated, into Japan. As a result, they became involved in the production side of the market, when they manufactured option parts for the car. This was the start of its partnership with Associated which continued to this day.