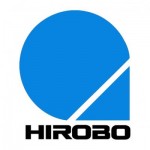 Hirobo Electric Corporation is a Japanese RC model company best known for their line of high-quality radio controlled helicopter models, both nitro-powered and electric. Its parent company is Hirobo Limited.

In 1983, Hirobo attempted to put their expertise in helicopters to use in the production of 1/10-scale, four-wheel-drive offroad buggies. Beginning with their innovative 44b off road car, which was the first to feature a four wheel drive system. The results were the technologically advanced Alien Mid4, Jealousy and Invader, and not forgetting the Ashura, the only belt-drive 4wd 1/12 circuit car ever produced. All featured a 4×4 system operated via a Gilmer belt, an innovation nearly unheard of at the time; most 4×4 cars of the period used a noisy, power-robbing metal chain to transfer power to the front wheels. Despite their advances, Hirobo cars were very expensive and therefore limited their exposure to racers. They were also often plagued with poor build qualities and the use of cheap materials, the other factor of their failing are, distribution in the important North American market was weak as well, all that leading to Hirobo’s withdrawal from the RC car market.